Tom Lee: Bitcoin Is a Solid Weapon Against the Trade War

Fundstrat analyst Tom Lee says that bitcoin is moving up nicely again because people are afraid of global financial risk.

In the past, Lee has stated that bitcoin often correlated with the U.S. dollar. When the dollar fell, bitcoin went up, but as of late, the dollar is going strong, while bitcoin has remained relatively unchanged in its bullish prowess. He says this is unusual, and he believes the currency may be building new ties to gold.

In an interview with CNBC, the crypto analyst explains:

Bitcoin has done something very interesting this year. Over the last couple of years, itãs been really correlated to the U.S. dollar. Weak dollar has been good for bitcoins… And itãs been really correlated to risk markets. This year, itãs steered away from the dollar because the dollarãs been strong. Bitcoinãs been up, which is a real breakage. Itãs gone negative on correlation to the equity markets.

At press time, the granddaddy of all crypto is trading for just shy of $11,700. This is about $100 less than where it stood 24 hours ago, but itãs still miles better than where it stood early last week. At that time, the currency had taken a somewhat bearish turn and was trading for as low as $9,400, which means bitcoin has added more than $2,000 to its overall price in a relatively short amount of time.

Leeãs description of bitcoin being tied to gold makes sense. Just last Monday, gold rose by approximately two percent in price. The metal has been known not to lose value during times of financial crisis and proved to be one of the most stable assets during the Great Recession of 2008 and 2009. If gold owns a solid position, itãs likely bitcoin will as well.

Goldãs sudden rise can likely be attributed to its being viewed as a “safe haven” of sorts amongst investors. The ongoing trade war between the United States and China is escalating to greater heights, with the U.S. now issuing tariffs on another $300 billion-worth of Chinese items set to take hold in early September of this year. Both gold and bitcoin are being viewed as potential shields against further financial strife during the conflict.

However, Lee also commented about the end of the “crypto winter,” which saw bitcoin and several other forms of cryptocurrency lose anywhere between 70 and 90 percent of their values during the latter half of 2018. Bitcoin, for example, had nearly reached $20,000 per unit by the end of 2017, though by November of the following year, it had fallen to the mid-$3,000 range.

The Crypto Winter… Is It Over?

Regarding the end of the crypto winter, Lee states:

I think that makes [crypto] an authentic institutional source of diversification. I think thatãs going to help it propel to new heights.

The post Tom Lee: Bitcoin Is a Solid Weapon Against the Trade War appeared first on Live Bitcoin News. 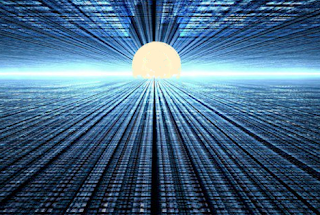