Binance is Illegal and will Shut Down in the Next 12 Months, Says the Head of CoinGeek, Calvin Ayre

According to a blog post by CCN, Calvin Edward Ayre, the head of CoinGeek and Ayre Group, warned that Binance is going to be a story of the past in the next 12 months. The report reads:

“While head of Binance CZ (Changpeng Zhao) celebrated the recent launch of his exchange’s new staking features, the head of CoinGeek, Calvin Ayre, was less optimistic.”

This story of these hard comments on Malta-based cryptocurrency exchange can be related back to April 2019 when Binance delisted Bitcoin SV. After delisting, the coin’s price dropped 12% in just 24 hours. Giving the reason, at that time, Binance said:

“At Binance, we periodically review each digital asset we list to ensure that it continues to meet the high level of standard we expect. When a coin or token no longer meets this standard, or the industry changes, we conduct a more in-depth review and potentially delist it. We believe this best protects all of our users.

Based on our most recent reviews, we have decided to delist and cease trading on all trading pairs for the following coin on 2019/04/22 at 10:00 AM UTC…Bitcoin SV (BCHSV).” 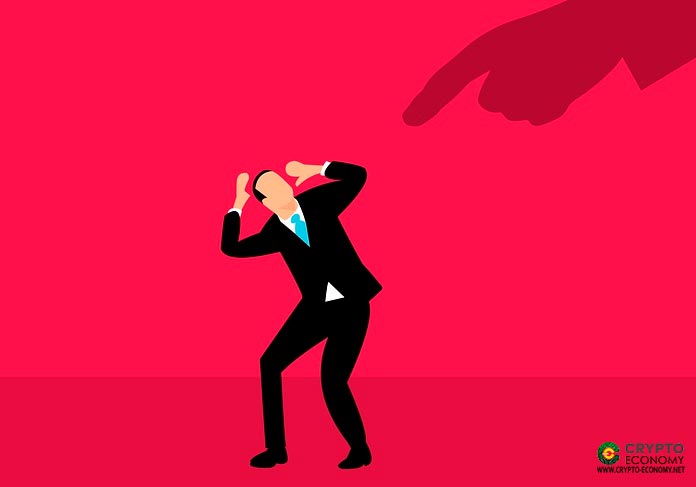 His twitter profile shows that he is a great fan of Bitcoin SV and these comment reflect his anger on Binance.

Speaking to CCN, he said:

“It’s illegal and it will likely be shut down in the next 12 months.”

According to Calvin Ayre, the whole business model of Changpeng Zhao is a corrupt-game as he added:

“CZ’s entire business model is based on a speculative casino of tokens that have zero value. They manipulate the token prices to harvest all the traders who are sold messages to do the opposite of what the house needs for its scams.”

According the blog post, these comments may be surprising for users who know Binance only as the benevolent and charitable cryptocurrency exchange. But Binance face was not always so clean. On September 20, 2019, in a tweet, DigiByte founder Jared Tate revealed that during a video call with the Binance team, he was told to pay $300,000, as well as 3% of all DigiByte coins in order to finally get DGB listed.

A twitter thread by Jared Tate still exists which reveals surprising past of the Binance.

If Binance is going to be dead in the next 12 months, the reasons will be scammy practices like these, rather than those mentioned by Calvin Ayre, the blog post argues.

The post Binance is Illegal and will Shut Down in the Next 12 Months, Says the Head of CoinGeek, Calvin Ayre appeared first on Crypto Economy.