The cryptocurrency market exhibited some major upswings this week with the pricerising over 10% for most cryptos. Let’s take a look at our select cryptocurrencies BCH, NEO and XRP and see what the charts have in store for us.

BCH/USD pair has turned out to be the third-best performing crypto with a bullish outlook.  BCH is up by 6.8%, after having escalated from $253.20 to $271.54 that showed bullish sentiments over the intraday. Additionally, a bullish trend line has formed on the hourly chart that confirmed intense buying pressure. Thus, failure for the pair’s price to dip below $254.57 critical support level signifies that the altcoin might continue higher. Looking at the technical, both moving averages are signaling a positive outcome since they are now below the price. The RSI is also trading above average that indicates increasing interest in buying. 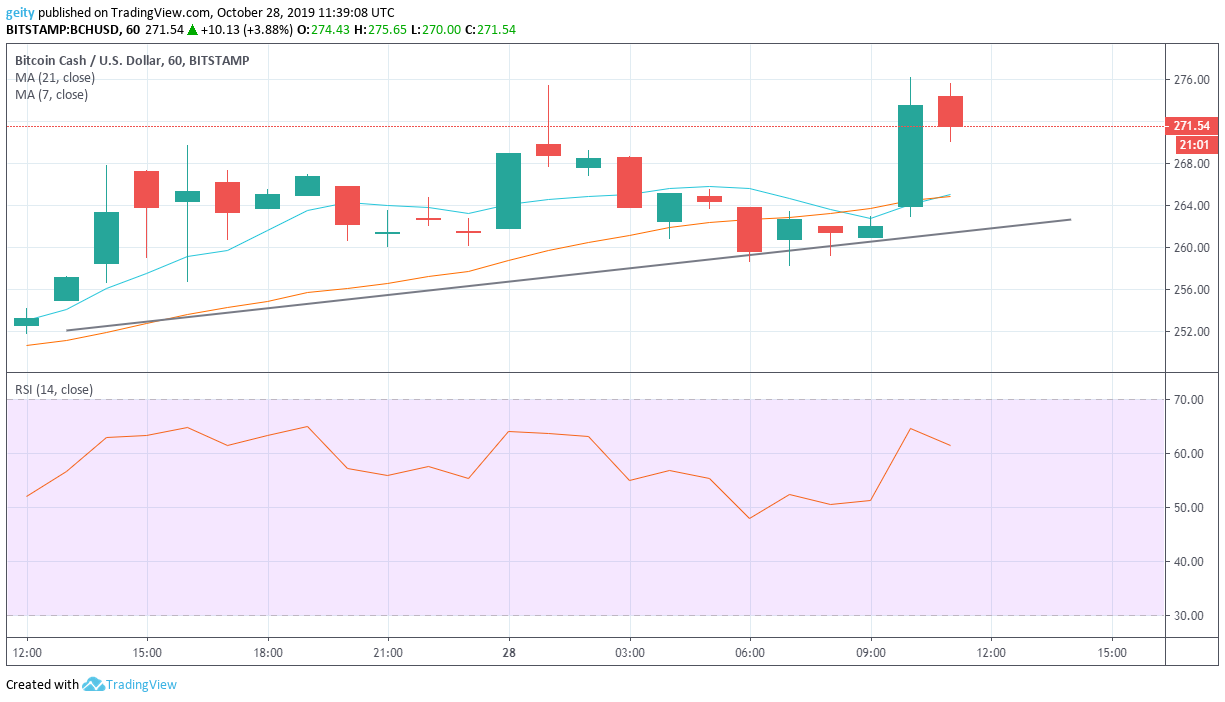 Unlike BCH, NEO/USD pair has been trading on a range-bound between $13.00 and $10.85 levels with a bearish performance, which has reduced investor’s sentiments over the last 24hrs. The coin has succumbed to losses with a slight drop of about 2.4% after moving from $11.17 to $10.90, the current price. Afterward, the pair’s price first saw an upside rally to a high of $13.65, but the bulls later reverse the trend and fluctuated the price momentum south ways. That showed strong selling pressure coming from sellers. Besides, the long-term SMA has managed to cross above the short-term SMA, and the RSI is heading south towards the oversold zone. This shows a high possibility for a further decline in the near term. 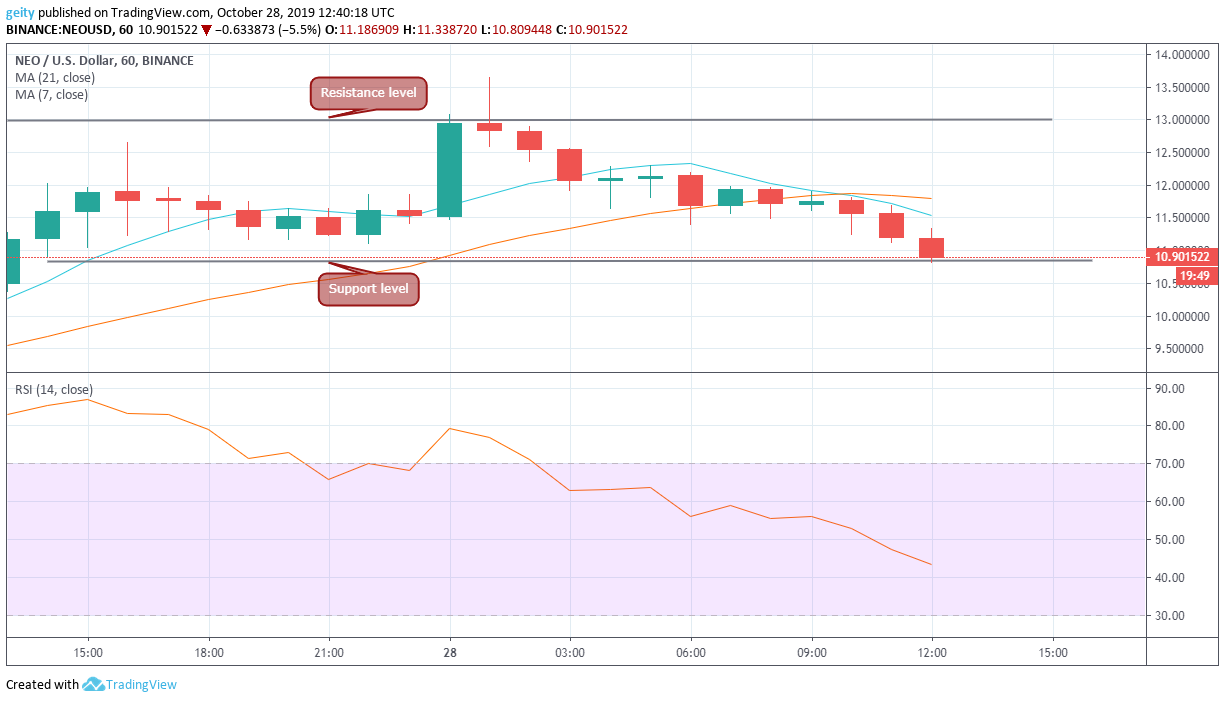 A downside break below the lower channel, which is support level could further extend losses towards $9.00 0r $8.5 level.

Like NEO, XRP/USD pair has also been on a tight range between $0.305 and $0.294. That confirmed a state of equilibrium between the buyers and sellers. Thus, XRP coin has shown no much of activity over the last 24hrs. Hence a strong breakout is expected in the near term.   Despite the indecisiveness, the technical have indicated a bearish outlook, with both moving averages giving out a bearish crossover and the RSI trading below average. This shows that the bears are stronger than the bulls. However, if the bulls fight and push the RSI up to trade above average, they can prevent expected downside correction. Therefore, more buyers are needed in the market to recover some momentum. 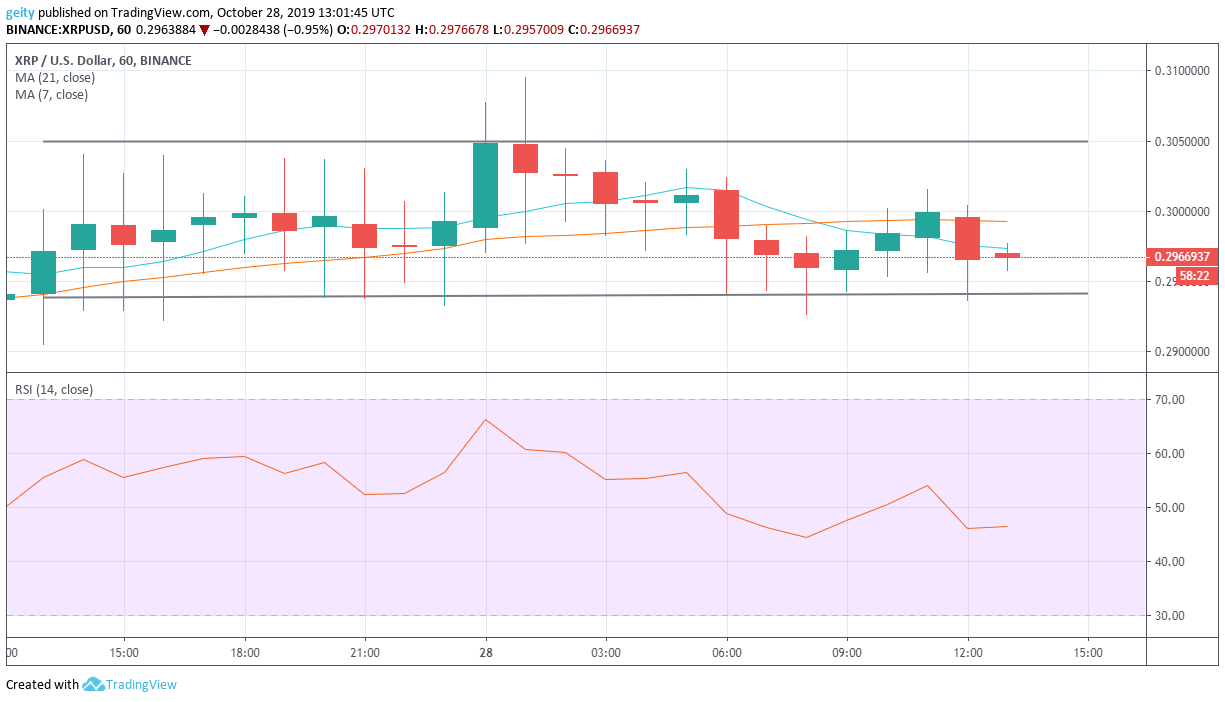