IEOs Give Small Altcoin Exchange a Second Lease on Life

Now that the era of initial coin offerings appears to be over permanently, startups flock to other ways of securing funding. Initial Exchange Offerings, or IEOs, have become the hottest trend in this regard.

When an exchange gets involved in a token sale, they put their own reputation on the line.

IEOs are a Boon for Smaller Exchanges

If the token issuer does not appear genuine, the exchange in question has to deal with a lot of repercussions.

Despite this risk factor, a lot of cryptocurrency exchanges have begun engaging in IEOs recently.

So much even that the top exchanges may soon face strong competition from smaller platforms.

Binance helped raised over $46m in funding for IEOs so far. This is a rather significant amount, albeit one would expect as much from the biggest crypto trading platform in the world today.

Other noteworthy exchanges making the top 5 include OKEx, Bittrex, Huobi Global, and Gate.io.

That latter platform is somewhat surprising, as it has never been an overly popular altcoin exchange.

According to these statistics, smaller exchanges are stepping up their game. When IEOs are organized, they can bring in a lot of new customers for these trading platforms.

DeversiFi, Bibox, and BitMax are just a few examples of the success of Initial Exchange Offerings.

All platforms helped raise between $2m and $10m in funding to date.

Any exchange willing to take the risk will seemingly do well to get in on IEOs while they are still hot.

At this time, it remains unclear as to how long this business model will remain relevant in this ever-changing industry.

The post IEOs Give Small Altcoin Exchange a Second Lease on Life appeared first on NullTX. 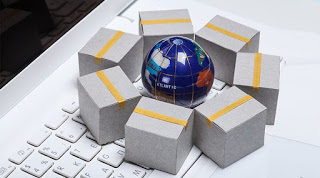