The era of privacy is here. While the internet does much more, blockchain extends capabilities. With blockchain, transactions are designed to be transparent and because of this openness, no entities can control the flow of encrypted yet publicly available information.

That is what NIX and similar platforms seek to resolve. There are individuals who prefer using the blockchain because of its benefits but would still want to keep transactions private and remain anonymous.

The year has been tough for prices of privacy-centered cryptocurrencies and NIX has been on exception. Nonetheless, they continue to develop and innovate.

In late October, their NIX Roadmap was released. Therein, the team will focus on developments that will further enhance the Ghost protocol.

Specifically, development will focus on improving privacy without using denomination, enabling full privacy by default. However, that doesn’t mean transactions will be 100% private but rather, they will “merely change the default method for most wallets to opt-out.”

Just recently, the team also released the NIX SDK thereby creating an interface where developers can easily work with the NIX blockchain.

In addition to network improvement, the team plans to work on adoption of the coin. That means reaching out to payment providers, shops and services for NIX integration. 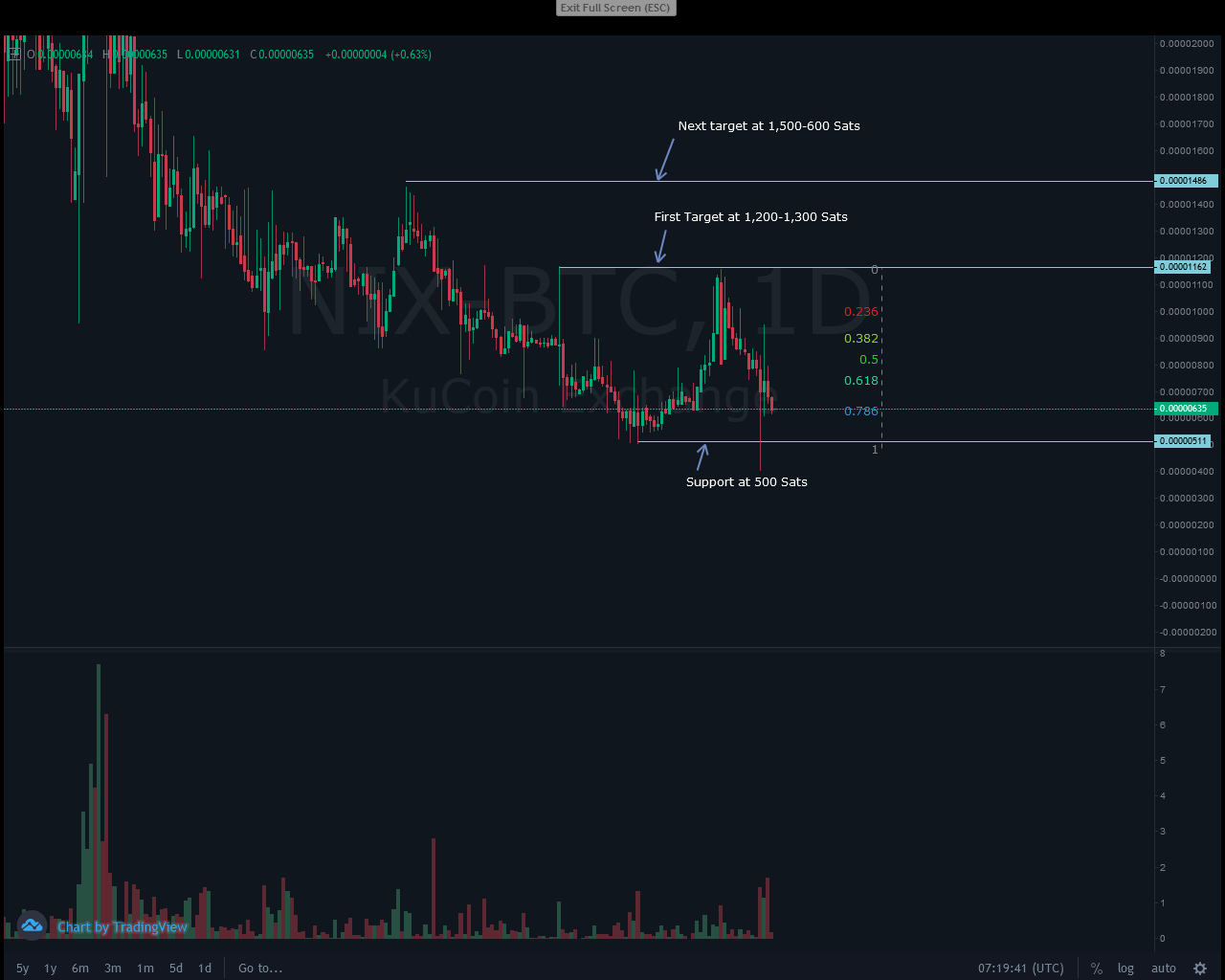 The superb gains that were made in late November and early December were swiftly reversed. At present time, NIX is back to red against the USD, losing 28% in the last week and 67% year-to-date.

Against the BTC, NIX is down 24% week-to-date. From the daily chart, the deep correction means prices are down 78% from November 2019 trade range. Depending on the level of participation, it is imperative that bulls reverse this week’s losses and rally to above 970 Sats or Dec 17 highs at the back of high trading volume.

Only then will that mark the onset of buyers and probably resumption of late Nov and early December bulls. Any surge above 970 Sats, as aforementioned, will feed the first wave of bulls aiming at 1,200-300 Sats resistance level.

Any comprehensive break above 1,200 Sats paves the way for 1,500 Sats as mentioned before. Conversely, any sharp drop below 500 Sats could see NIX print new 2019 lows.