Bitcoin is promising an interesting 2020. Only a day into the New Year and the coin’s price experienced a whiplash movement to the lower side breaching the psychological $7,000 support on Thursday.

The coin fell more than 4% on January 2nd reaching a low of $6,853 on the Luxemburg-based crypto exchange Bitstamp. However, following this fall, Bitcoin has since recovered all its losses from yesterday, rallying back above $7,000 and is currently trading at its New Year levels just above $7,200. As expected some big positions have been liquidated as the coin fell below support. It’s an interesting start to a year about which most analysts are optimistic.

Several other coins in the Coinmarketcap rankings have mirrored Bitcoin’s price action and are now trading a little above what they were trading on January 2nd. Some have maintained levels below their 2020 opening levels. For instance, Litecoin, a bitcoin fork is down about 2.3% while Tezos, a new Proof of Stake coin is down about 4.5% – the largest loss of any coin in the top 20 list.

The rest of the coins have seen relatively modest gains and losses of between 0.5% and 2% to either side of the charts. With Bitcoin regaining its daily losses from yesterday, it is expected that some of these altcoins will be following suit. 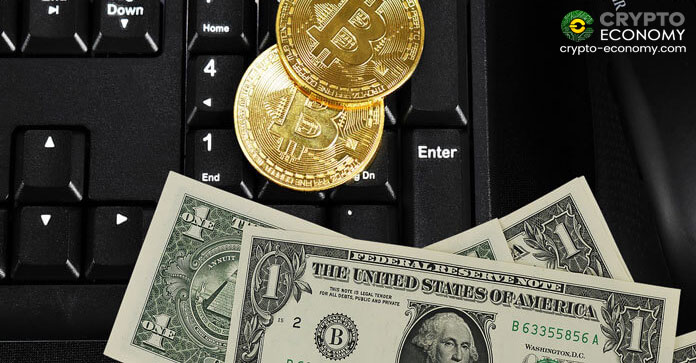 Bitcoin had a rough year in 2019 despite its meteoric rise to yearly highs in the second quarter of the year. The coin more than tripled its value in the first half of the year rising from lows of about $4,000 to reach yearly highs close to $14,000. However, the price has since been on a downward trajectory reaching lows of about $6,400 in mid-December of last year.

Investors and market analysts are expecting a lackluster halving event in May this year, a period when the highly anticipated event is scheduled to occur. Bitcoin halving is the reduction of block creation rewards by half, an algorithm that was baked into the original Bitcoin code by Satoshi Nakamoto with the intention of curbing inflation of the coin.

The event occurs every four years and over the last three such events, the value of bitcoin has risen. However, market analysts feel that Bitcoin has matured over the years and the upcoming halving will probably not have a significant impact on the value of Bitcoin. This, of course, remains to be seen and is promising to be an interesting development.

The post Bitcoin [BTC] Starts the Year on a Low Note with a 4% Drop below Critical Support appeared first on Crypto Economy.