Crypto asset manager Bitwise has filed for a withdrawal of its proposed Bitcoin ETF with the SEC which was still under consideration following its October 2019 rejection.

A notice appearing on the SEC registration portal dated January 14th shows that Bitwise is requesting the commission to disregard its initial application for a Rule change that would have allowed the company to create the first US-regulated Bitcoin Exchange Traded Fund (ETF). The company initially submitted the proposal on January 10th, 2019 and underwent a series of delayed decisions from the commission through its October rejection.

Soon after its rejection, the SEC commissioners announced that they would review the decision which gave Bitwise and other interested parties the hope that the commission would approve the proposal. The commission released a 112-page document detailing the decision that was made in order to reject the proposal, which Bitwise has been reviewing as it considers revising its proposal. According to reports, Bitwise may be planning to reapply the proposal with considerations as suggested by the commission.

“At this time, the Registrant has determined not to pursue the registration and sale of the securities covered by the Registration Statement,” Bitwise wrote in its request for withdrawal of the application. “The Registrant believes that this withdrawal request is consistent with the public interest and protection of investors as required by Rule 477(a) of the Act and represents, in accordance with Rule 477(c) of the Act, that there has been no issuance, distribution or sale of the securities under the Registration Statement.” 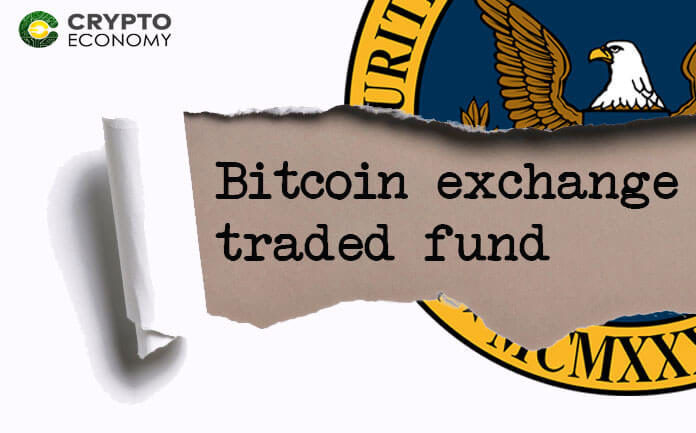 So far, several companies and individuals have attempted proposing to the SEC to alter a Rule in which it allows them to launch Bitcoin ETFs. Some of those include the Winklevoss brothers, VanEck asset manager, and SolidX in collaboration with Cboe BZX exchange. VanEck/SolidX first applied for the same back in 2018 but faced multiple delays leading them to withdraw their application only to reapply soon after in January 2019. They again withdrew their application in September after multiple delays from the commission again. At the time of it withdrew the proposal, the commission was only a few days away from making a decision.

The SEC has maintained that the Bitcoin market is heavily prone to price manipulation and none of the applications so far has proven conclusively that they can be able to protect investors of their products against such market manipulations. Speaking to industry media, Bitwise’s global head of research Matt Hougan confirmed the application withdrawal saying that it was “a procedural step, and we intend to refile our application at an appropriate time.”

The post Bitwise Asset Manager Files for Withdrawal of Bitcoin ETF from the SEC appeared first on Crypto Economy.