In a speech at Davos, he described the purpose and the intentions of Digital Dollar Foundation. As reported earlier by Crypto Economy, J. Christopher Giancarlo, former Chair of the Commodity Futures Trading Commission (CFTC), along with Charles Giancarlo and Daniel Gorfine, have partnered with Accenture to create the Digital Dollar Project to advance exploration of a United States Central Bank Digital Currency (CBDC). And now, he has confirmed this news by himself.

In his remarks, he talked about the vision of Digital Dollar Project that is to convene private sector through leader and acters, consider the potential advantages of a digital dollar, and come up with possible implementation frameworks to support the public actor.

He said that more two-third of central banks in the world were investigating new payment application, applying technologies, including tokenization, to offer new possibilities to represent and transfer values. Giancarlo cited Riksbank bank of Sweden and Peoples Bank of China.

He highlighted that not only the central banks but also the private initiative such Facebook’s Libra are exploring new ways to capitalize on the demand for new currency functionalities.

“The fact of the matter is that U.S. central bank money has seen few, if any, innovations since the printing of bank notes during the nineteenth century. Its circulation has remained strictly local and its functionalities limited.” 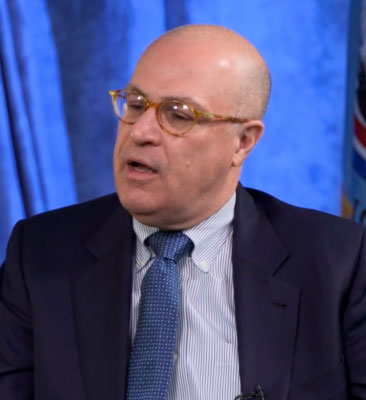 According to Giancarlo, his new initiative will develop a framework for potential, practical steps that can be taken to establish a dollar CBDC.

Talking about the challenges, he said that banks have remained hesitant to adopt CBDC because of fears of crowding out of commercial bank monies, privacy, security, fraud, and money laundering. He said:

“While concerns about fraud and money laundering can be mitigated by channelling a digital dollar through the U.S. banking system, offshore use of a digital dollar may require additional safeguards.”

But despite all these challenges, he considers a Dollar CBDC as a critical need of the US. Giancarlo’s speech reads:

“The adoption of a digital dollar in the U.S. is seen as critical to a possible orderly recalibration of the dollar’s attractiveness relative to other digital currencies to support stable international monetary conditions.”

As Crypto Economy reported, the Bank for International Settlement (BIS) and six other central banks including Bank of England (BOE) and Bank of Japan (BOJ) had also created a alliance to asses the potential cases of CBDC.