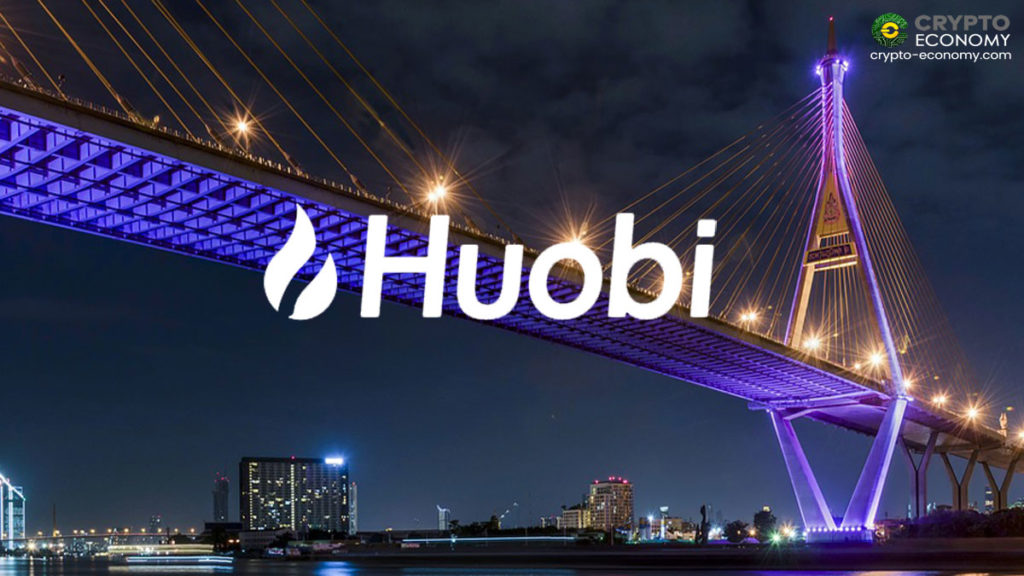 Huobi Group is strengthen its global presence as Huobi Thailand, a localized digital asset exchange powered by the Huobi Cloud platform, has announced its official launch in the country with Thai Baht-to-crypto trading.

Huobi Group made the announcement in press release published Thursday, March 6. According to the firm, the Huobi Thailand is licensed by Thailand’s Ministry of Finance and allows local residents with a safe, fully compliant trading platform for the world’s most popular cryptocurrencies and stablecoins.

Initially, the locals can buy Bitcoin (BTC), Ether (ETH), Huobi Token (HT) and Tether (USDT) with Thai via a fiat gateway. Other digital assets such as BCH, BSV, LTC, and XRP will also be available for trade in near future.

According to Huobi Global, Huobi Thailand is the only exchange in the country that allows direct Baht-to-HT (Huobi Token) trading. The Huobi native token HT will also be adopted as the primary payment method for a digital payments system that is currently in development.

Huobi Thailand is also working with Thailand’s Securities and Exchange Commission (SEC) to change its deposits form fiat to HT. The future plans also includes a lending services based on a Baht-backed stablecoin called Thai Baht Digital (TBD), which will have 1:1 reserves of Baht.

“This fully granted license gives the exchange future access to Thailand’s digital payment networks to expand the accessibility and utility of digital assets for Thai nationals. Huobi Thailand will be able to integrate with the country’s top digital payments systems to enable cryptocurrency transactions across the country’s growing network of electronic payments-enabled merchants and channels, including internet banking, mobile banking, and ATMs.”

“We want to help create an equitable world where wealth is more inclusive and attainable to anyone, anywhere. The launch of Huobi Thailand brings us one step closer to our goal and marks a new milestone in our global expansion.”

Initially, like most countries, Thailand also asked the banks in the country not to engage into cryptocurrency businesses. Since then, the environment has changed rapidly. In 2018, as reported, a regulatory frame for cryptocurrencies came into force outlining the relevant requirements for local firms to provide crypto-related services.

The Thai government also issued a Royal Decree of the Digital Asset Businesses B.E. 2561 in May 2018 to regulate VASP like e digital exchanges, brokerage firms, dealers, and ICO portals.