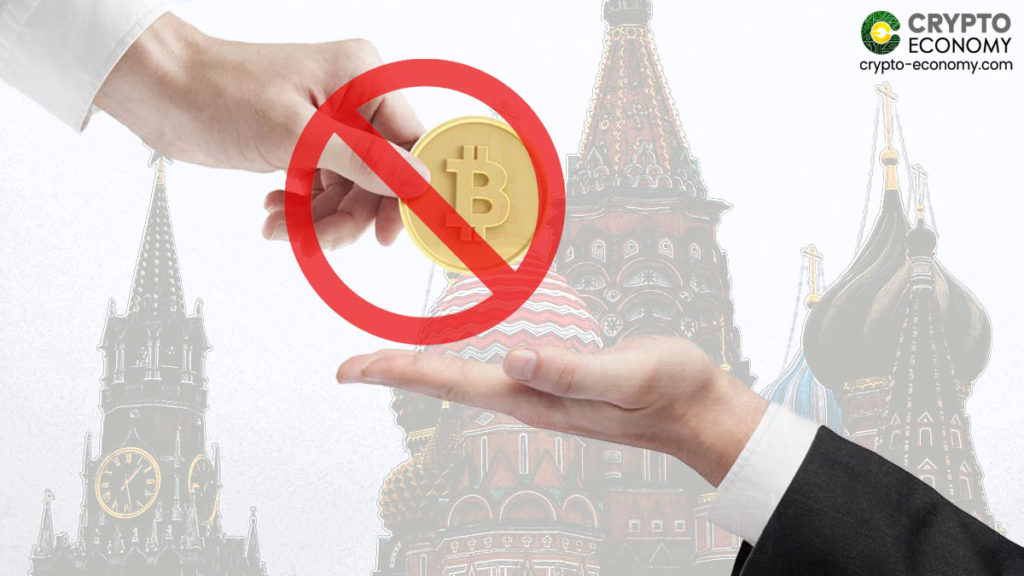 Russians will not be able to trade or circulate cryptocurrencies not issued by the country’s central bank if the latest draft bill “On Digital Financial Assets” was to be adopted as the legal framework in Russia.

This is according to the Bank of Russia’s head of legal department Alexey Guznov, who spoke to Russia media Interfax in an interview published on Monday, March 16th.

Guznov revealed that the BoR has been actively participating in the discussions on the draft bill that will regulate the use of cryptocurrencies within Russia. The original bill was passed for First reading in 2018 and since then has undergone several amendments.

Initially, it stipulated that cryptocurrencies would be legal to circulate in the country provided they followed certain regulations that would be included within the bill. However, the BoR is apparently of the idea that the use of cryptocurrencies poses a risk to the financial system of the country. In the interview, Guznov explained that,

The latest bill is promising to be controversial, to say the least as banning the use and circulation of cryptocurrency would be detrimental to a fledgling and nascent industry within the country.

“We believe there are big risks of legalizing the operations with the cryptocurrencies, from the standpoint of financial stability, money-laundering prevention, and consumer protection,” Guznov insisted.

When asked whether there was consensus on the latest draft Guznov admitted to some objections within the parties to the discussion. However, he reiterated that the position of the BoR was regarding safeguarding the stability of the financial system and combating money laundering efforts by criminals who have unfortunately found cryptocurrency a formidable tool in their arsenal.

“There were other suggestions,” Guznov told Interfax. “We are now approaching consensus with the market and other participants in the discussion. It may consist in the fact that no one will forbid to own digital currency. This is absurd to some extent, well, and in general this is not the reason, it is still not drugs or weapons.”

The post Russia’s Central Bank Pushing to Ban Use and Circulation of Cryptocurrency in the Country appeared first on Crypto Economy.