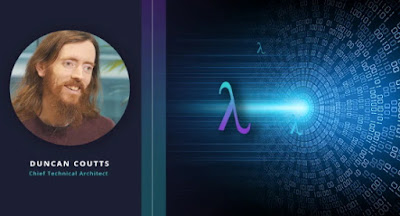 Dr. Duncan Coutts,Chief Technical Architect for Cardano blockchain developer Input Output, has over 20 years experience in computer science & engineering, he co-founded Haskell consulting firm Well-Typed LLC in 2008; additionally, Dr. Coutts holds a First-Class Honours degree in Computation and a PhD in Computer Science, both from the University of Oxford in the UK. Dr. Coutts recently discussed the Byron reboot, the Haskell Shelley testnet, and the conclusion of the pre-Shelley development era.

What’s your role at IOHK?

I’m the chief technical architect for the Cardano project and I’m primarily responsible for the design and implementation of the node. This means that I collaborate with the teams that work on consensus, ledger, networking, and other things. Ultimately, I work to bring everyone together around the same design after a discussion with the team leaders. The design of Cardano is the product of joint work by many individuals working together.

What does the Haskell programming language bring to Cardano?

Haskell is an enabler. It makes it easier for us to follow the approach that we believe is right, which is driven by computer science. We know how to do things properly; computer science tells us how. We just need to pick the appropriate techniques to do that. Haskell makes that easier.

It’s a good fit for Cardano because it suits the high-assurance, specification-driven software that is vital for a blockchain. Haskell helps us find systematic ways of avoiding mistakes. In essence, it’s a better mousetrap.


Read the entire article at: Architecting Shelley: an Interview with Duncan Coutts