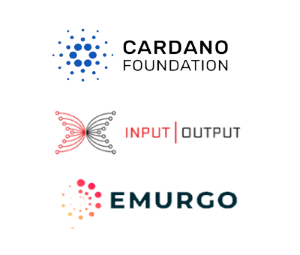 - Cardano Uses Significantly Less Energy, with the Same Level of Security, as Bitcoin

In Bitcoin’s and other proof of work protocols, 99% of the energy consumption is used to just select a block producer. Cardano uses a proof of stake protocol, much more energy efficient. In comparison, Cardano uses only six gigawatt-hours of energy annually compared to 115.85 terawatt-hours used by Bitcoin.

By enabling the migration of ERC20 tokens, Cardano focuses on delivering a value-proposition that leverages Cardano’s advantages over Ethereum. In particular, Cardano's higher capacity for transaction processing and lower fees when compared with Ethereum's high cost, and often highly congested traffic.

In the oil and gas industries, blockchain-based solutions can be useful. As a capital-intensive industry, spare parts, leaks, repairs, and many other things have to be constantly tracked all around the world...international supply-chains become extensive and hard to follow...legal agreements have to be crafted and executed across many jurisdictions.

All of these areas can be improved by the application of blockchain to digitally automate these processes while securing, sharing, and updating at the same time through a tailored solution accessible by all stakeholders.

Read more: How Can Blockchain Provide Solutions to the Oil & Gas Industry

Cardano’s scientific-research first approach to smart contracts is redefining the future of DeFi, ushering in a totally new approach to business.

The current proof-of-work consensus design of the Ethereum mainnet has been a drag on DeFi expansion, 15 transactions per second is too slow and fees of hundreds of dollars per transaction are simply too high. Founded by Charles Hoskinson, a co-founder of Ethereum, Cardano will soon launch smart contracts - this technological, often referred too as blockchain 3.0, is a significant milestone for the industry.

ADAX will provide a suite of Cardano-tailored DeFi solutions and will become a powerful trading venue within the Cardano ecosystem, introducing a trustless protocol that facilitates token swaps, non-fungible token (NFT) trading, and broader reorientation of the crypto world towards Cardano.
Read more: ADAX – State-of-the-Art Decentralized Exchange Protocol Built on the Cardano Network

5 Stars - Charles Hoskinson: Thoughts on the Market and the Ecosystem

- Cardano: What is This Green Crypto & How Does it Work