That Ripple, the for-profit company behind the third most valuable currency, is heavily criticized is true. The coin could be at the fore front of advocating financial inclusion, ensuring that transactions are settled almost instantaneously and securely through xRapid but nitpickers can’t help but notice the level of alleged centralization.

Also, as per a controversial Messari report, Ripple Works, a non-operation Charity Foundation under the guidance of Chris Larsen and registered under the laws of the United States is a “corporate and executive tax shelter” for Ripple Inc. and insiders.

Messari founder, Ryan Selkis, claims that Ripple Work, despite being a charity, did disburse any donations to other charities although it received millions in revenue.

Through Ripple Works, Ryan sensationally said that the under siege, Brad Garlinghouse-led provider of RippleNet, has a result been used to misappropriate millions.

Responding to these unfounded allegations and attempts to FUD as supporters claim, Chris Larsen has said Ryan references to wrong data and that following the great bull run of late 2017, Ripple Works was reclassified as a non-operation foundation that only offered consultancy services to charities it offered support through. It doesn’t funnel any material support as Ryan alleges. 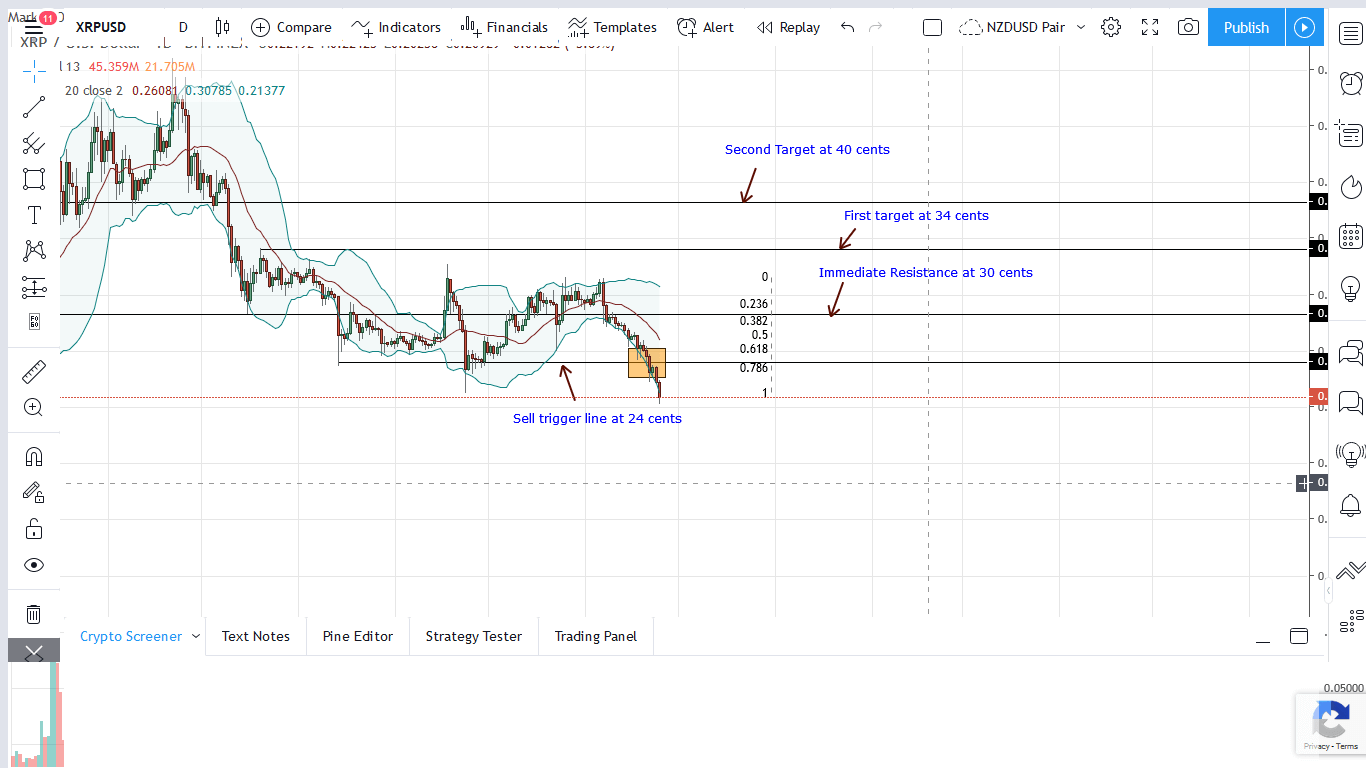 Ripple [XRP] is trading at 2019 lows and following the strong bear breakout of Nov 22, it appears as if sellers are getting started.

For all that, XRP is deep in red territory against the green back. At press time, XRP is down double-digit week-to-date versus the USD at 22%. Because of the general weakness especially of the BTC, it seems to be recovering and is steady.

Technically, sellers are firmly in control and as bear candlesticks band along the lower BB, the momentum is strong. Although there is stability and prices ranging inside November 22 bear candlestick with a particularly long lower wick observed in yesterday’s bar, bears will be in control from an effort versus result point of view.

However, that will change is there is a sharp uptick both in trading volumes and volatility if prices reverse Nov 22 losses as a three-bar bull reversal pattern is printed. If today’s close is below 23 cents, XRP prices could be heading to 17 cents.