Chris Giancarlo served as a chairman of Commodity Futures Trading Commission (CTFC) from June 2014 to July 2019. He was first nominated as a CFTC Commissioner by President Barack Obama in June 2014. Then in August 2017, he nominated again CFTC Chairman by President Donald Trump and unanimously confirmed by the US Senate.

During his tenure in CTFC, he proved himself a leading advocate for digital innovation in the financial markets as under his leadership, the CFTC allowed the first bitcoin futures product in the US.

According to a press release by the Willkie Farr & Gallagher, he, on his new appointment, commented:

“I have spent three and a half decades advising and building global businesses and regulatory frameworks in the junction of trading markets, technology and law. Today, I am thrilled to join a firm that is a centre of excellence in all three areas. I look forward to working with the firm’s attorneys and clients in building the digital financial markets of tomorrow.” 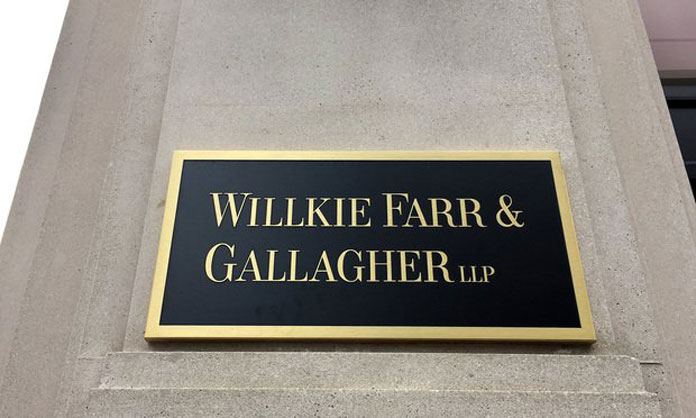 Giancarlo said that among other duties, he would also continue to work for the development of blockchain technology and digital currencies. He, in an email to news outlet, wrote:

“I will divide my time between assisting Willkie clients in their worldwide commercial ventures and focusing on key issues of public interest…Among other things, I will continue to advocate development of a blockchain-based digital dollar and a new American lending benchmark to replace Libor.”

Giancarlo emerged as a leading advocate of blockchain technology and Twitter celebrity when in October of 2019, according to a publication of Wall Street journal Opinion, he said that the dollar could lose status in the future, the government must digitize the dollar and take power away from central banks.

“As a leading voice on the regulation of emerging technologies, Chris brings knowledge, experience and public and private sector relationships that will be invaluable to our clients in the financial services, technology and commodities sectors. His legal and corporate background, unparalleled knowledge of the global derivatives markets and their intersection with emerging technologies, combined with his longstanding relationships across the firm, makes him a natural fit for Willkie.”