Ethereum [ETH] Price Analysis: Over-valued, it may drop to $200 as ProgPOW debate rages on 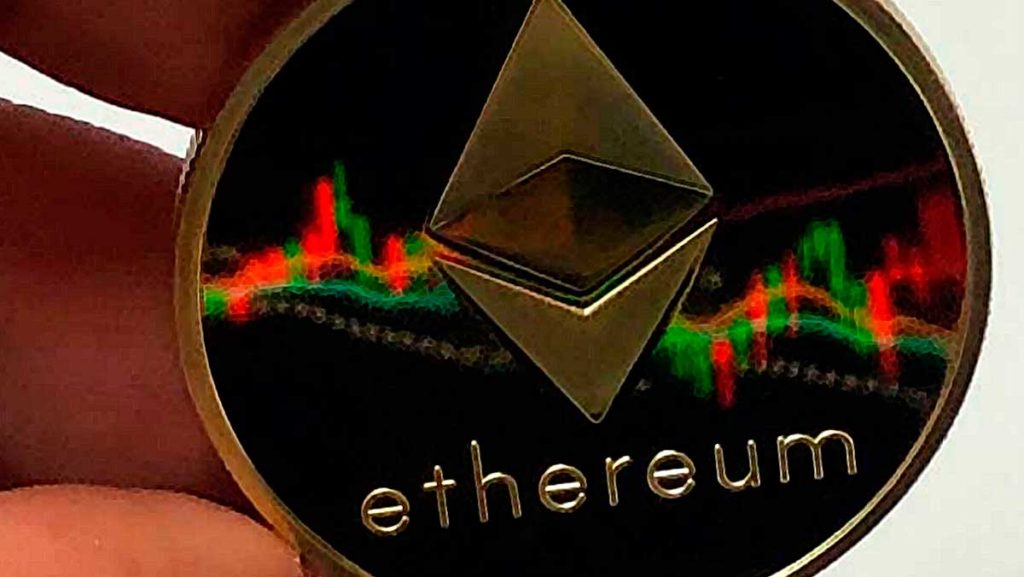 Ethereum’s strength lies not in its diversity but on its decentralization. Distribution is the mark of robustness and yes, censorship resistant.

Nonetheless, Ethereum is similar to Bitcoin in some aspects with the latter being the base for the former.

Both use the Proof-of-Work consensus algorithm—at least for now, but the shift towards efficiency, and scalability looks like the objective for both networks, going by recent events. ProgPow is the talk of town.

Presently, it can be argued that Ethereum has a developer centralization problem. A bitter-sweet problem as commits and developers are the backbone of any crypto community.

However, if Bitmain encroaches and rolls out super ASIC miners, it becomes a problem even for Vitalik Buterin. Mining is power consuming, true, but miner concentration, analysts argue, leads to far more problem.

Bitcoin, despite its strength is grappling with the same predicament at press time. Most miners are based in China.

With coronavirus threatening to drive processes towards an implosion, it’s a dire situation Ethereum developers don’t want to envision, not now, but ever.

ProgPoW seeks to introduce ASIC resistance but not everyone is supportive of the novel idea. Critics say it is driven by corporates with vested interest but only time will tell.

The proposal is set for June 2020, around the same time when the launch of Ethereum 2.0 and the official shift to Serenity begins. With many things going on at Ethereum—read DeFi and unrelentless development, only time will tell. 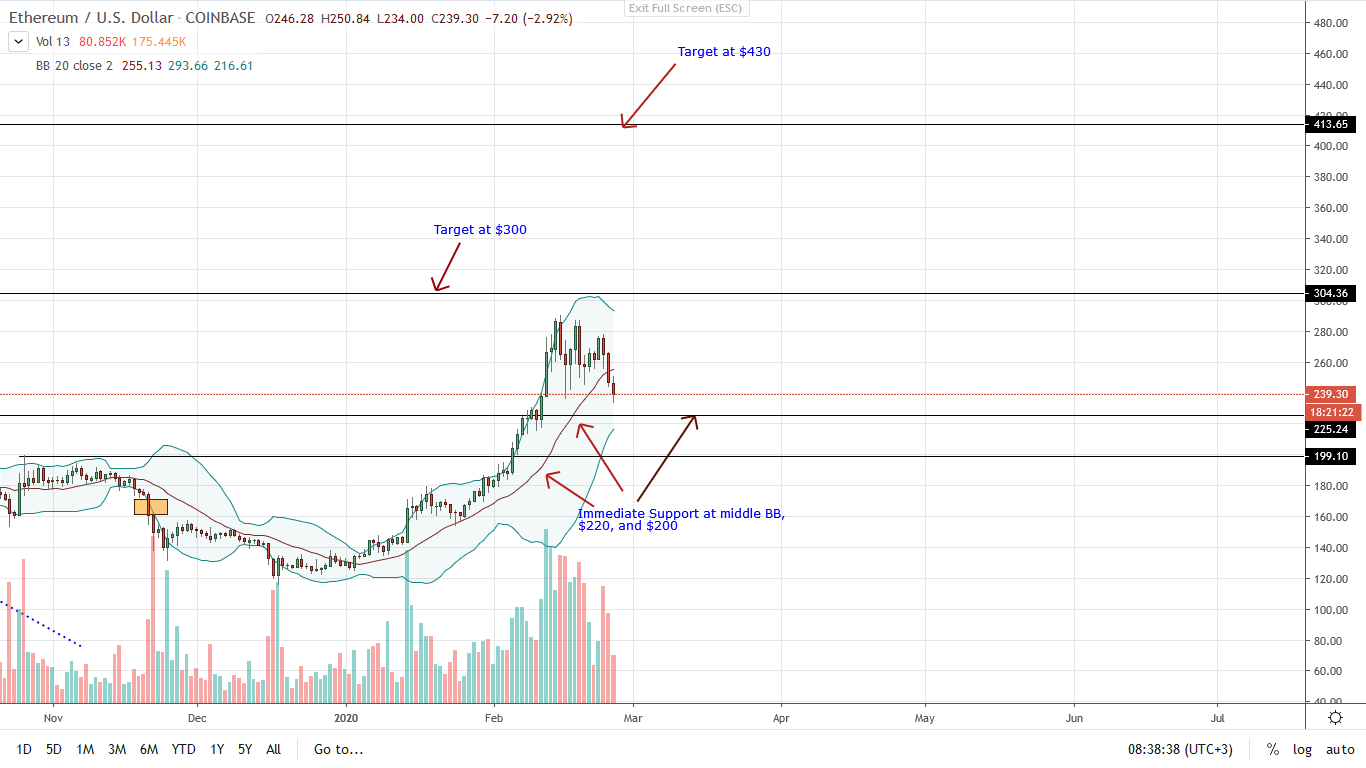 Back to the charts, ETH price is stagnant and 15% down from the $282 peaks it touched in mid-February. While bulls are in control, bears are snipping its edges and the coin is down 7% in the last 24 hours. More losses could be on the card as bulls take their profits.

Gleaning from the chart, it is likely that ETH will continue to shed gains. In the weekly chart, last week’s bull bar closed above the upper BB meaning there is a level of over-valuation.

As such, price action could correct this anomaly and the least path of resistance could be southwards towards $200—a psychological level.

In the daily chart, prices are below the 20-day moving average. If today’s prices close firmly below the moving average, it is likely that ETH will drop first to $220, and later $200.

On the flip side, any sharp move above Feb 2020 highs and $300 invalidates this projection.

The post Ethereum [ETH] Price Analysis: Over-valued, it may drop to $200 as ProgPOW debate rages on appeared first on Crypto Economy.